Life is about balancing the yin and yang to some degree, right? Good balancing bad, relaxation matching stresses, desk jobs versus doing your thing out in nature. Seems that, with the recent rise of ‘mindfulness’, we are becoming more aware of why we should take time out to re-centre and chill as well as how to do it. This is a pretty self-interested point of view, which is fine – you’ve got to look after number one after all, but should we be more mindful of our activities when using the great big outside too? Granted that, depending on what your favourite pursuit is, there are going to be varying levels of impact that you foist upon your immediate environment, but we should all at least be aware of what that is.
In this piece, I hope to highlight a few ways in which we may be affecting the environments we enjoy using so much as well as to suggest some things that can be done to reduce any negative impacts arising from our activities.

With a bit of luck the following tips will help to reduce unwanted environmental impacts and maybe even trigger a few behavioural reconsiderations.
For starters, there are a few general things that are relevant to most pursuits that everybody can consider.

1. How do you plan on getting there?

(For consideration once in control of COVID-19) It’s an obvious one, but how often do we actually think about alternative ways of travelling once we get used to packing up and jumping in the car? Is there a bus that goes close, could you carpool so one car is left behind? It might be easier for a few photographers to cram into a Fiat 500 than eager kite surfers but share a ride where you can and halve the emissions.

2. What are you doing once you’re there?

Mostly you’ve got to walk at least a little way from your car or bus to get going, but even moving around by foot can have negative impacts.
Perhaps the most obvious example is walking on dunes. Dunes are the ridges of sand that run along the coastline and are formed by things like rocks and plants trapping loose sand that’s being blown along. Dunes can reduce erosion of the coastline and intrusion of saltwater to the land behind them as well as buffer weather – creating quite a unique type of sheltered coastal environment for more complex systems of plants and animals. They’re usually aided by vegetation like marram grass (Ammophila arenaria) which helps bind the typically loose substrate. Marram grass can cope with a pileup of one meter of sand per year as their gradual burial actually stimulates growth – which then catches more sand! When we march across dunes we move the sand we walk on and often loosen the grip of the plants that are literally holding the dunes together. Easiest way to reduce this? Limit how much we walk on them! Listen, I know it’s fun to jump on them, but now take that choice under consideration.
Whether tramping over dunes, across heath, on bare earth or through woodland, your footsteps are felt. Walking contributes to the erosion of bare earth, damage of plants, compaction of soils and can disturb wildlife. If walking in a large group consider splitting into smaller parties and taking slightly different routes in order to limit the impact on particular paths. You can avoid loosening the surface layer of the earth by aiming to step on rocks and stones rather than soil. Try to stick to established paths if available as walking on plants will damage them and compacting soil can make it less suitable for plant growth as space in the soil is reduced (squeezing out air and water) but chances of waterlogging are increased.
Sticking to paths will also lower the possibility of disturbing wildlife. When a bird flies away from you it’s using energy that it would otherwise put towards getting food for chicks, building a nest or evading a predator. It would be rubbish to scare an animal off its favoured scoffing patch and have it decide to avoid the area for a while just because we wanted a closer look. Get some bino’s.
Lastly, do your best not to walk through shrubs or connected bodies of plants. They don’t just serve as food for megafauna and habitat for macro’s, but also serve as their highways! A lot of you will have heard of ‘wildlife corridors’ before now. A description of them could be simplified to, ‘links of stuff between two places that animals choose to travel along’ (Me, 2021). They typically consist of native vegetation and might be chosen because there’s a supply of food along them or because it provides cover from predators, but, breaks and gaps could result in small creatures being limited in where they can get to and who they can meet. Don’t be the person that denies a couple of star-crossed hedgehogs their meet cute.

Whatever you bring out, you take home.
Don’t be that knucklehead.

4. You gotta resist the urge to pick flowers and things that look nice!

It’s amazing the number of people that come back from a walk with pretty petals in their hair or a handful of wild-flowers, but we have to bear in mind that these plants have a role to play in their ecosystem and when we pick them, well, they ain’t going to be as useful! Food for insects, pollen swapping with other flowers, places to ambush prey from, not to mention that if you pick flowers you’re diminishing what’s there for other people to appreciate……Let’s leave them to do their jobs.

5. Do your best to kit yourself out with gear that will last.

Cheap equipment doesn’t tend to last as long and will have to be replaced before much time in the field so you’re better to spend a bit more and do your research on things that you intend to use a good lot. Less products being bought overall should mean less energy and materials used to make them so a smaller footprint stemming from your activities. Ace!
In addition to using good quality tackle, consider getting it from an ethical producer. This might mean buying equipment made of different materials like gloves made from bamboo fibres instead of cotton or skateboards made from salvaged wood but whatever it might be, investigate your options! Be careful though too, an ill-informed associate of my own thought he was buying a lovely all wood surfboard, but apparently, it barely floats! Eek!

6. Check all of your gear before and after heading out.

The transfer of seeds and critters between territories is becoming a real problem, and not just on the grand scale of bilge water on cargo ships between countries, but on a far more local scale too. At this stage, everybody has heard of the dreaded Japanese knotweed (Fallopia japonica) and how super readily it colonises new patches. Likewise, hopefully, everybody has also heard of the similarly beastly zebra mussel (Dreissena polymorpha) and how effortlessly it gets around! These are both really well known invasive species that are the subject of a great many column inches, but there are likely a bunch more waiting to cause further distress, so, caution people!
Zebra mussels have proven to be exceptionally mobile by hitching rides on ropes and other aquatic equipment that get shifted between water systems or along canals and rivers. The larval stage of zebra mussels is called a veliger and is planktonic, so difficult to spot. The advice if you are moving between water systems is to manually clean all equipment (scrape/steam clean) as well as to let everything fully dry for a period of up to 3 weeks!
In the case of Japanese knotweed, it can propagate from any fragment of itself! This means that if a broken bit establishes decent contact with the earth it could well be there for the long haul!
Proactive, preventative behaviour should be adopted by everybody using natural environments for recreation, especially if moving between them.

We should all check our clothing for seeds and plant fragments to remove them on site before heading off. This will at best prevent and at a minimum slow down the unwanted spread of any potentially invasive plants. Be conscious of footwear too, because as the grooves in boot souls gather mud they can also pick up seeds so they should be scraped clean before leaving. A great practice is to have something like a nail-brush in your car and run it over your boots before heading home -it only takes two minutes.

So those are my sentences on the environmental impacts of outdoor pursuits and things to consider while planning them. If you have any other tips, considerations or discussion points I’d love to hear them, so please get in touch! If you would like to focus on your environmental impact at home, read our blog on Recipe for Regeneration: Compost.

Similarly, if you’d like a topic featured in the future, let us know and we’ll give it a look! Email info@certificationeurope.com and stick it for the attention of me, Will.

In the meantime, check out the following links for additional related word strings: 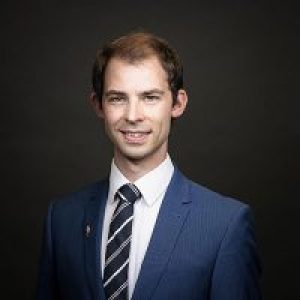 Read our guide to find out about quality management, what a Quality Management System (QMS) is and…
Learn More

How to save energy with a carbon footprint calculator

Read our guide to find out about quality management, what a Quality Management System (QMS) is and…
Learn More
Previous
Next
Twitter Linkedin-in Youtube